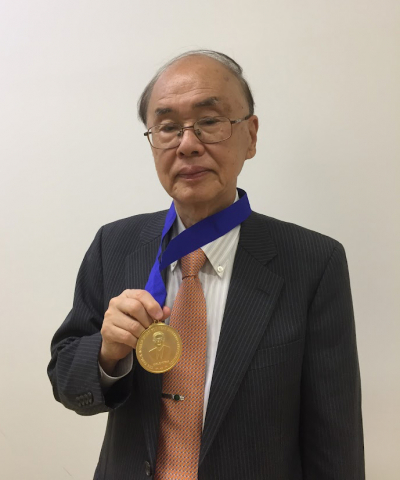 The 2021 winner of the Karl Norris Award of the International Council for Near Infrared Spectroscopy (ICNIRS) is Professor Yukihiro Ozaki. Yuki obtained his PhD (1978) from Osaka University. Since 1993 he has been a professor in the School of Science and Technology at Kwansei Gakuin University. Yuki is also a professor emeritus and a university fellow at Kwansei Gakuin University, a guest fellow of the TOYOTA Physical and Chemical Research Institute, Kobe University, and Fukui University and a guest principal researcher of RIKEN.

Yuki Ozaki has been very active internationally in research and education in spectroscopy, physical chemistry and analytical chemistry for the last four decades. He is a fellow of the Society for Applied Spectroscopy (since 2010), the Royal Society of Chemistry (since 2015), the Chemical Society of Japan (since 2016) and ICNIRS (since 2017). Yuki’s research programme has concerned basic studies and applications of a number of spectroscopy techniques, particularly NIR spectroscopy. His NIR spectroscopy studies involve almost its whole range and have included: (1) developments of NIR spectrometers (e.g., a portable NIR imaging system), (2) proposing novel spectral analysis methods such as chemometrics (e.g. moving-window PLS), two-dimensional correlation spectroscopy and anharmonic quantum chemical calculations, and (3) a variety of applications from basic molecular science (e.g. hydrogen bonding studies) to practical applications such as biomedical applications, PAT, applications to pharmaceutical engineering, food science and technology, polymers and bioimaging.

Yuki has received many awards including the 1998 Tomas Hirschfeld Award, the 2001 EAS Award for Achievements in Near Infrared Spectroscopy, the Gerald Birth Award from the International Conference for Diffuse Reflectance Spectroscopy, the Bomem–Michelson Award (2014), the Chemical Society of Japan Award (2017), the Medal with Purple Ribbon from the Japanese Emperor (2018) and the Pittsburgh Spectroscopy Award (2019).